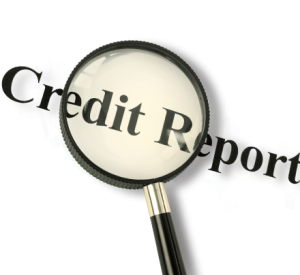 Kudos to AnnaMaria Andriotis at MarketWatch.com for penning a very detailed, in depth article about ten things the Credit Bureaus won’t say. I have taken her ten items (in quotes below) and added my thoughts for each one. I even added an eleventh thing you won’t hear the Credit Bureaus dare say.

2. “Selling your secrets is how we make our money.” That’s right. We are not their customers. We are the credit bureaus’ inventory. And they get that inventory virtually for free (and sometimes even paid to receive it). Our creditors provide our payment history to the credit bureaus, sometimes paying a fee to do so. The credit bureaus then turn around, compile the information provided by thousands of creditors into your credit report, then sell it to you and to your potential creditors. If they assign the oh so magical “credit score” to your report, you pay even more just to have this number (which is not even uniform among the credit bureaus, creditors, or any one else). Craziness. Even crazier … the credit bureau industry raked in about $4 billion in 2011 selling you to your potential creditors. Bet you did not see a dime of what your information was sold for.

3. “What we know could cost you a new job.” That’s right. Your credit report is not just used to determine your credit eligibility. Its also used by many employers (roughly 47%) during the hiring process. That often leads to a catch 22 type situation that I have talked about before, where you can’t pay your bills because you are unemployed but no one will hire you because your credit score dropped when you didn’t pay your bills. Again I say … craziness.

4. “Good thing no one’s reporting on our mistakes. Oh, wait.” That’s right, the credit bureaus sure wish there was no one paying attention to their accuracy level, or lack thereof. But watchdog organizations and even governmental entities are watching and keeping track. US PIRG releases a report on the credit bureaus every few years. And, recently, the Federal Trade Commission issued a very damning report that showed that one in five (20%) of consumers had at least one error on one of their credit reports. 13% had errors serious enough to effect their credit score (i.e. making their interest rates go up or their credit limits lessen) and 5% had errors so bad that the errors would cause them to be denied credit in their entirety. 5% may not sound like a big number but that equates to about 10 million consumers. Crazy scary.

The Fair Credit Reporting Act requires the credit bureaus to follow reasonable procedures to assure maximum possible accuracy of the credit reports they create (and profit off of). Obviously, a 20% error rate is not “maximum possible accuracy” or anything close. Add that to an investigation procedure that does not come close to cutting it, and you have a recipe for a disaster for hardworking consumers.

5. “You all look so much alike…” This one hits on the faulty matching logic used by the credit bureaus. When the credit bureaus generate credit reports about you, they use the personal identifying information inputted by the entity seeking your credit report to match you to your accounts. At least that’s how its supposed to work. But the credit bureaus do not require an exact match of your identifiers to the identifiers on an account before putting that account on your report and publishing it as your history, good bad or ugly. This leads to what us consumer lawyers call mixed files.

I once represented a man whose brother had bad credit. They shared the same last name (most brothers do). Their first names started with the same first initial (again, a lot of parents name their kids like that). Seven out of nine numbers of their SSN match, but that’s not uncommon. If they got their SSNs in the same state and at the same time, its very likely the first five numbers match, since (back then) the first three numbers identified the state where the SSN was obtained and the middle two numbers indicate the grouping of SSNs. So if their parents got their SSNs at the same time (again, not uncommon), the first five numbers are very likely to match. The two brothers in my case also shared the same address at one point in time (about 10 years before, again not uncommon for brothers to at one point live at the same address). And their dates of birth were within ten years of each other, again not unusual for brothers. So the only personal identifier that match was the brothers’ last name. But that was enough for one of the credit bureaus to merge their credit histories together, ruining my client’s stellar credit with his deadbeat brother’s terrible credit history. And, even worse, the credit bureau refused to fix the problem, despite years of dispute from my client, until he finally hired me and we sued. Crazy crazy.

7. “Your ‘credit dispute’ doesn’t quite capture our attention.” This ties into number 6. The Fair Credit Reporting Act requires the credit bureaus to forward all relevant information provided to them by the disputing consumer to the furnisher of the information being disputed. But what’s nuts (I’ve run out of ways to say crazy)? The credit bureaus do not even have a system in place that allows them to forward any documentation or other proof from consumers to the furnishers. All they provide is a two digit code that is translated on the furnisher’s end to a basic dispute like “identity theft” or “not mine” or “never late”. So send proof that you were never late, including bank statements and cancelled checks. But don’t expect your proof to make it to that umpire waiting to get paid by calling you out.

9. “By the time you’re done fighting us, your toddler could be a teen.” This one I don’t necessarily agree with but only because the author of the Marketwatch.com article did not mention that you can stop the errors in most cases by suing the credit bureaus and/or furnishers. So, consumers, dispute the errors. Dispute them often. Give the credit bureaus and the furnishers multiple opportunities to do the right thing and fix their errors. And, if and when they don’t, hire a consumer lawyer like me and sue the bureaus and furnishers for all the heart ache their refusal to follow the law caused.

10. “Be careful what you pay for.” I’ve blogged on this topic multiple times at my blog located at www.fcralawyer.blogspot.com. The credit score that the credit bureaus so eagerly want to sell you is not even a score that is used by your potential creditors in most instances. It can be enlightening to see what your score is, but that’s about it. Creditor use different scoring models than what the credit bureaus sell. The most common used score is the FICO score which consumers can buy, but not from the credit bureaus. To see your FICO score, go to http://www.myfico.com.

All in all, a very informative and well researched and written article about the true story of the credit bureaus. But I will add a number 11 of my own:

Please read the full article at http://www.marketwatch.com/story/10-things-credit-bureaus-wont-say-2013-02-15. Again, the article is very well written and a must read.